After the Great Hanshin-Awaji Earthquake, the Bureau concluded agreements with construction industry associations and others establishing a framework to facilitate the prompt removal of debris on metropolitan roads following a major earthquake by around 500 cooperating local companies. The agreement establishes specifics related to the provision of equipment, materials, and labor.

In addition, by coordinating with the Tokyo Metropolitan Police and Fire Departments to conduct comprehensive joint disaster management drills and simulating debris removal operations with cooperating companies, the Bureau is working to enhance skills and raise disaster response capability. 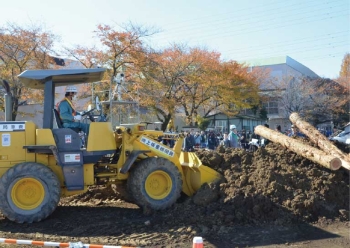 This program restores road facilities that have sustained damage due to disasters associated with irregular natural phenomena such as torrential rain, earthquakes, and volcanic eruptions, in accordance with the National Government Defrayment Act for Reconstruction of Disaster-stricken Public Facilities.

Recently, on October 16, 2013, a road shoulder collapse occurred on a metropolitan road due to the impact of Typhoon No. 26 (Typhoon Wipha). In response, temporary emergency repairs were made to restore the shoulder, and a request for the site to be approved as a disaster recovery project was made with the central government. Permanent repairs to restore the road will begin in the near future.

In addition, with respect to disaster recovery within its municipalities, the Tokyo Metropolitan Government acts as the point of contact for the central government, accepting and processing requests, and providing necessary guidance and support.

In order to ensure the safety of roads following snowfall, the Bureau has drawn up the “Snowfall Response Plan” which specifies companies cooperating with snow removal, the equipment and manpower each company is able to provide, plans for division of workload, personnel needed from each Bureau of Construction office, and a chain of contact, securing a framework for implementation of response. 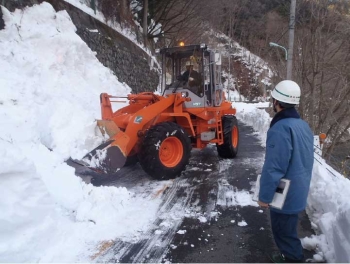 Snow removal by a local company 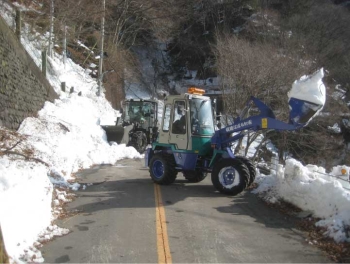