Tokyo’s landforms make its rivers generally flow from west to east, from their headwaters in the western part to Tokyo Bay. There are 92 Class A rivers in Tokyo, which are in the Tama, Arakawa, Tone, and Tsurumi river systems. Besides the Class A rivers, which are designated by the minister of land, infrastructure, transport and tourism, there are 15 Class B rivers designated by the governor of Tokyo. In total, there are 107 rivers in Tokyo, amounting to 857 km.

Of the length, the Tokyo Metropolitan Government manages the 710 km of 105 rivers, while the Ministry of Land, Infrastructure, Transport and Tourism is in charge of the remaining segments, including those of the Arakawa and Edogawa rivers.

Of the TMG-administered rivers, 46 in the ward area are managed by the wards, in accordance with the Tokyo metropolitan ordinance on exceptional handling of the TMG administrative affairs in the special-ward area.

In addition, streams called secondary rivers, which are designated and administered by the wards, cities, towns and villages, in Tokyo number 20 and are 33 km long in total.

Boats and other craft moored on rivers in Tokyo without compliance with rules are posing problems in the management of rivers. To tackle this issue, the Bureau is dealing with illegally moored boats, based on the Tokyo metropolitan ordinance for proper mooring and storage of watercraft, which took effect in January 2003, as well as constructing mooring facilities that can accommodate such boats. 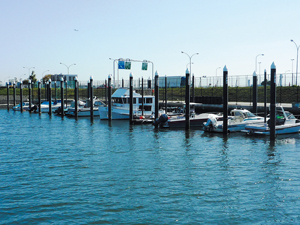 The Bureau is constructing disaster prevention pier so that the rivers can be used for purposes such as transporting relief goods in the event of an earthquake or other disaster. Some of those piers are used for the Tokyo Metropolitan Park Association’s Tokyo Mizube Line water bus service, for which the TMG’s emergency transport boats serve as ferries in ordinary times. The Ecchujima, Akashicho, Sakurabashi, Ryogoku and Hamacho disaster prevention pier on the Sumidagawa River are also open to private boats, including “yakatabune” pleasure boats, having helped tour boat operators to expand their lines of services. 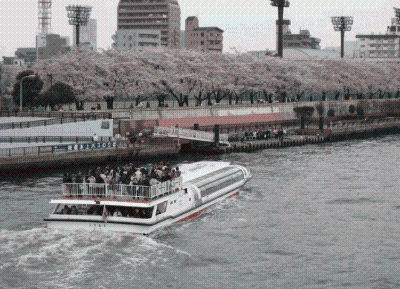